Looking back 16 years to 1994, it’s hard to imagine the frenzied obsession the national media had with this Clinton-era scandal. In the center of it all was Hillary Clinton, then First Lady of the Land. Since she was defacto co-president and  had herself eagerly assumed a non-traditional first lady role, she was fair game for some of the harshest accusations and commentary from the press.

Her instinct was to stonewall and fight back. Given the history of personal attacks against her and her husband, that reaction was not unreasonable. Most of the so-called Clinton scandals were fabrications of people like Larry Case, Larry Nickols, Lee Bosse, and co-conspirators at the Wall Street Journal and other conservative media. Seen in the broader context of the anti-Clinton hysteria within the vast right-wing conspiracy, Whitewater looked like another exaggerated, partisan exercise of angry mud-slinging.

The Hillary Clinton Quarterly published in each issue a round-up of media commentary about First Lady Hillary Clinton. The HCQ web site recently published online the “What They’re Saying about Hillary” article from their Spring, 1994, issue. Many of the media excerpts concern Whitewater. What’s interesting is the fervor with which many pro-Hillary commentators expressed their dissatisfaction with the First Lady’s media strategy.

Some of my favorites —

“The Hillary Clinton role in this is very big and she stands to get hurt no matter what happens. She was more deeply involved in Whitewater than her husband was in Arkansas. She was the main person who took care of the family’s finances. . . I think the other problem is that she’s been unable to play the role in this that First Lady’s often do, to take her husband aside and say, ‘Look, we’ve got to give this thing over to a special counsel.’ She was the one, because she was so involved, who was resisting that move and gave the impression the Clintons had something to hide.”
Mara Liasson
National Public Radio, 3/7/94

“Like everything else that does not parse in this mess, it makes no sense that Hillary Rodham Clinton, who has brought the job of First Lady into the late 20th century in every other respect, would follow a strictly restricted press diet more appropriate to Pat Nixon. If she were true to herself and spoke up for herself, she might put the brakes on Whitewater-Watergate analogies that increasingly leave the Administration twisting slowly, slowly in the wind.
Frank Rich
New York Times, 3/10/94

“Mrs. Clinton is beginning to sound like Ross Perot. It is true that paranoids have enemies, but paranoids also make enemies by preemptive attacks, and that’s what she’s done time and time again. . . . She’s always playing hardball, she’s always making accusations against political enemies, against personal enemies, and it begins to look a little crazy.”
Mort Kondracke
The McLaughlin Group, 3/12/94

I remember this exchange with James McDougal on Nightline.

The following exchange took place on Nightline between Ted Koppel and James McDougal, the Clinton’s former Whitewater business partner and former president of Madison Guaranty.
McDougal: I would take a lie detector test and answer this question: do you have any knowledge of anything Bill Clinton has ever done which is illegal, immoral, dishonest, or unethical, and my answer would be ‘No,’ and I would pass the test.
Koppel: If the questions were expanded to include one more question — and I raise it only because there’s an obvious void there — to say, let’s apply all those same tests to Mrs. Clinton, would you give the same answer?
McDougal: I don’t know Mrs. Clinton well enough to give that broad a guarantee.
Koppel: You realize that by not answering that question, you raise very serious questions.
McDougal: Well, I think that… . Ask me another question about it.
Nightline, 2/8/94

McDougal’s unwillingness to vouch for Hillary’s innocence was calculated pay-back. The suspicion that she had done something illegal only intensified after the Nightline interview. That was precisely what McDougal intended. Of course, the First Lady was ultimately exonerated of any wrong-doing, though her enemies in the media and right-wing cells of the GOP maintain that she both broke the law and covered up her involvement.

WHAT THEY WERE SAYING ABOUT HILLARY CLINTON – HCQ ARCHIVES, SPRING 1994.

In "A Rake's Progress," Rake & Friends offer their take on politics, society, and the detritus of modern life. Rake and Frank have been Wordpress bloggers since 2004 and live in Maine.

Jefferson Hill started blogging about three years ago and lives in Connecticut.

We welcome spam-free, thoughtful comments and feedback. Have a lot to say? We suggest getting your own Wordpress blog or emailing us about becoming a guest writer. 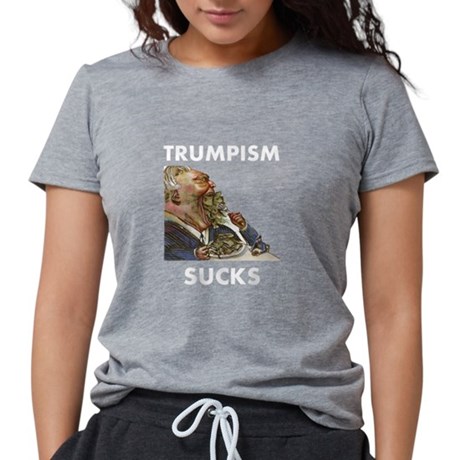 Spanking children -- a euphemism for beating -- only teaches kids that violence is OK. Here is Rake's story about disciplining children and a news article about "hot saucing."

All Physical Discipline of Children Is a Form of Abuse

"A man is ethical only when life, as such, is sacred to him, that of plants and animals as that of his fellow men, and when he devotes himself helpfully to all life that is in need of help."

I think, therefore I blog. 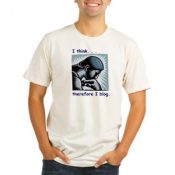 Eleven Years of A Rake’s Progress